Sleepless Cities
inspired by the Netflix Series "Night on Earth" 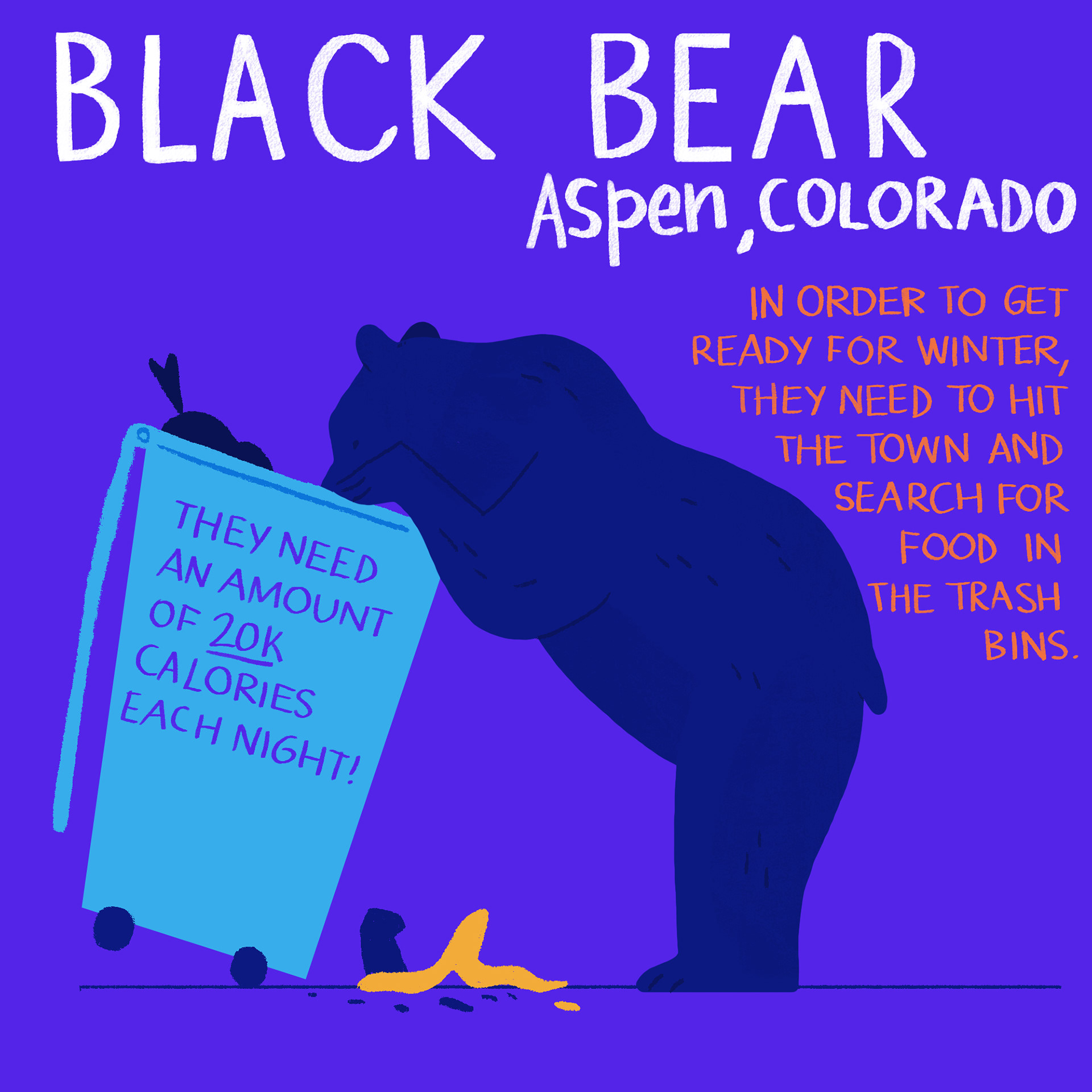 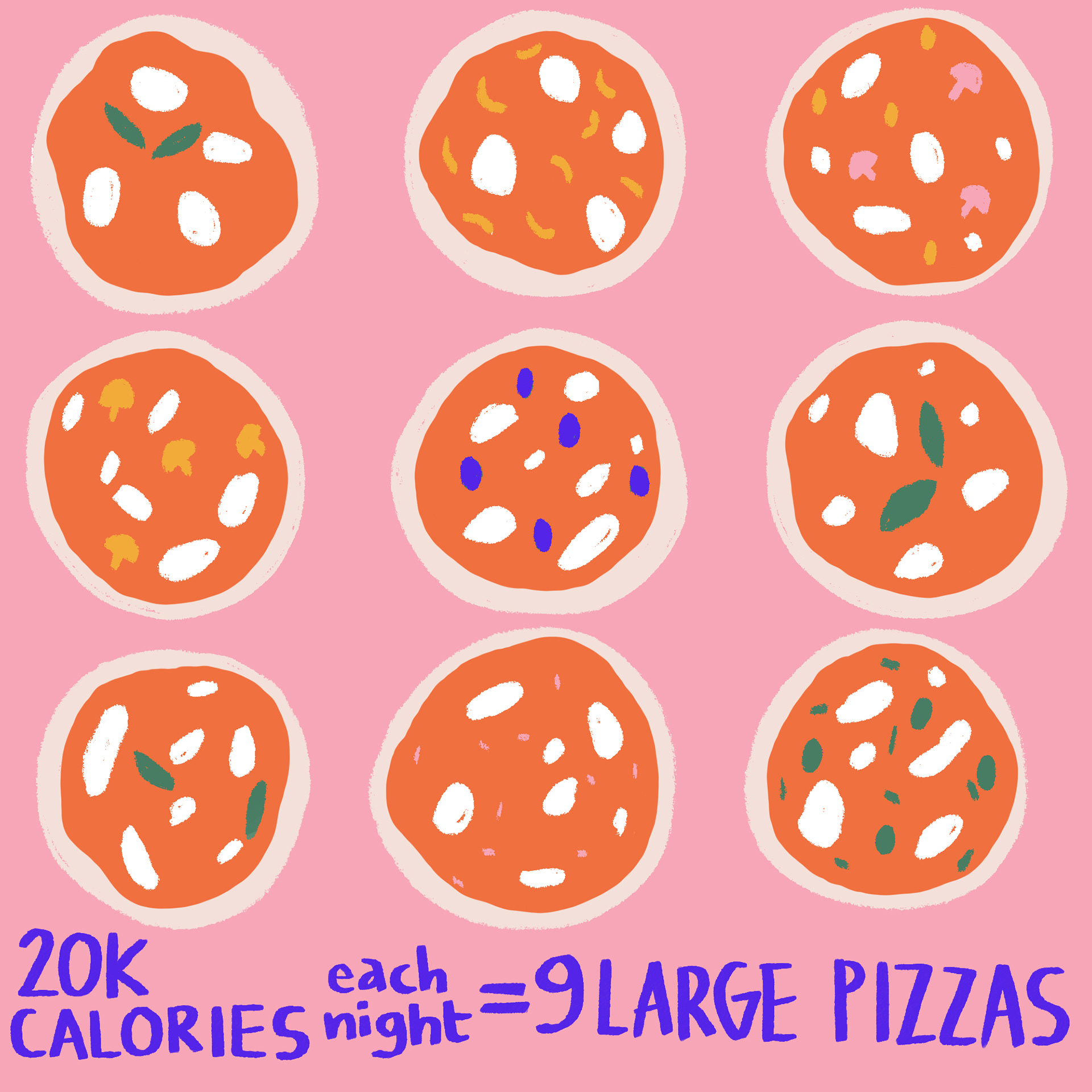 The other day I was watching “Night on Earth”, the documentary series on Netflix about the hidden lives of the world’s creatures at night.
My favorite episode was “Sleepless Cities”, the one showing how animals adapted to populate even cities at night, despite the humans and their 24h lights.
This episode made me reflect once again on the impact of humans on this planet. Many animals that are NOT night animals and do not have a night vision had to adapt and move at night, in order to avoid humans. Other night animals, which rely on stars for their migrations, cannot see anymore the way, because of the light pollution!

I decided to illustrate some of the animals portrayed in this fascinating episode, and raise awareness about the precious value of darkness.

The black bears need to increase their body weight by a third before hibernation. This means they need to eat 20 K calories each day! Or, we should say, each night! This is why they need to go to the cities and search the trash bins, in order to find some food and be able to survive winter. 20 K calories are the equivalent of 9 large pizzas!

There is one particular night, in which the moose decide to visit the town of Anchorage in Alaska, and that is the spookiest night of the year: Halloween.
This is not some kind of creepy gathering, but rather a pumpkin feast!
Those big animals are in fact coming to town to have a big dinner - each of them can eat 20 kilos of pumpkin.
When they are satisfied they are ready to go back to the wild.
I found this story very funny and picturesque and really enjoyed illustrating it.

A flock of 13 thousands Vaux's Swifts does a 5-thousand-kilometers migration down America's west coast. Every year those tiny birds do a stop-over in Portland, Oregon, where they all find a place to sleep inside a towering chimney stack. The city of Portland have taken the chimney out of use, realizing its importance for the swifts.
↑Back to Top